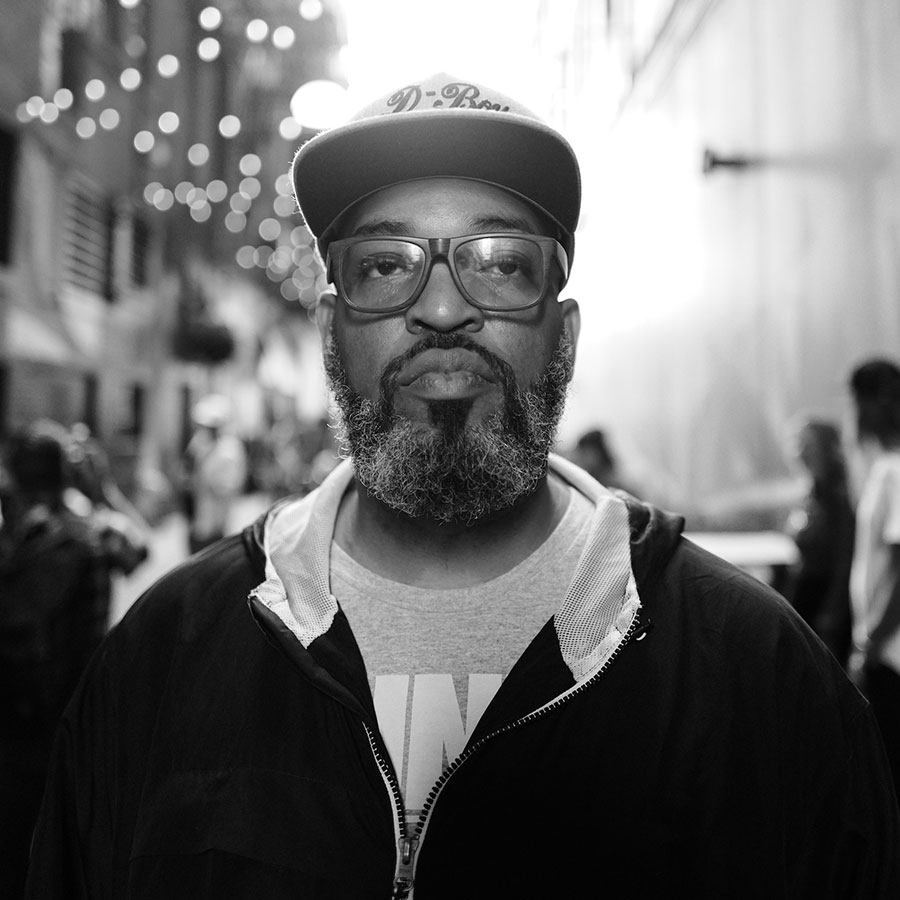 A house and hip-hop legend, DJ Dez is a certified crate digger. Known for his unique blends and mixes, his skills have taken him around the world to tantalize and amaze international audiences. The Detroit-native seemed destined for a career in music. Dez is the son and namesake of celebrated Cuban percussionist and jazz musician, Humberto “Nengue” Hernandez. Following in his fathers’ footsteps, Dez got his first drum set and began performing publicly at 3-years-old. Later in life, his immersion in the Detroit music scene gave him a valuable respect for the city and led to his major contributions to its musical legacy.

A foundational member of the Detroit Hip Hop scene, Dez is a DJ known for his unique and unparalleled blends and boundless musical knowledge. It was while spending time with mentor Amp Fiddler that DJ Dez was introduced to legendary hip-hop producer, James “J. Dilla” Yancey. Dez spent a number of years as the DJ for Slum Village.

Through his passion for discovering classic tracks, DJ Dez has also become a renowned producer and artist in his own right performing under his middle name, Andres. An artist on Mahogani Music, Andres has released three full-length albums to critical acclaim as well as several popular 12-inch releases. In 2012, he started his own imprint, La Vida on which he released his classic track, “New for U.” The recording went on to become one of the most highly traded 12"s online.

A producer, percussionist, and DJ, Dez actively tours Europe and Asia, he encounters passionate fans who fuel his musical creativity. In addition to his many activities that keep his schedule packed, DJ Dez also hosts a monthly show on Red Bull Radio (every first Sunday, 2pm EST).

Don't miss his performances at Days Like This & Pitch Music & Arts Festival this March!