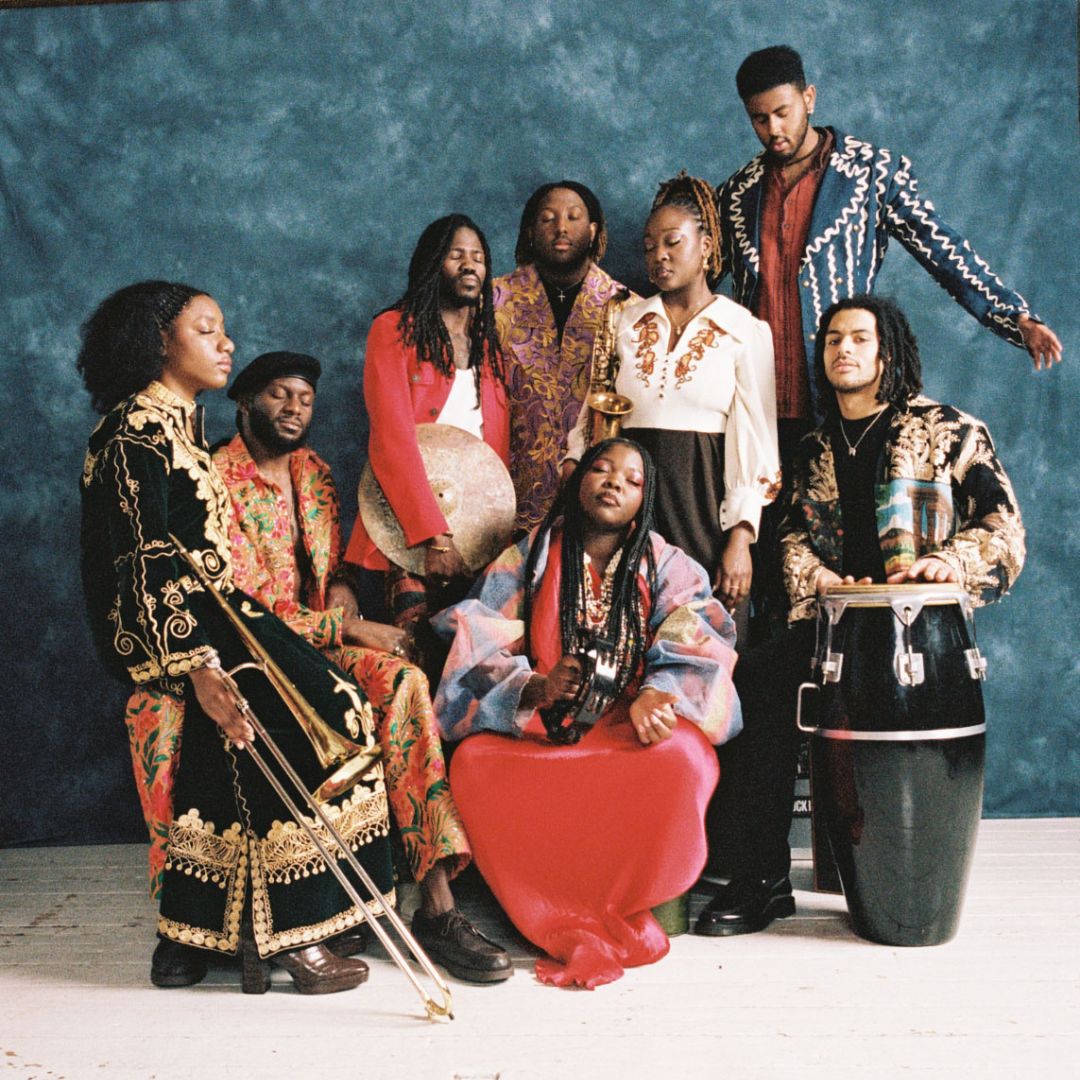 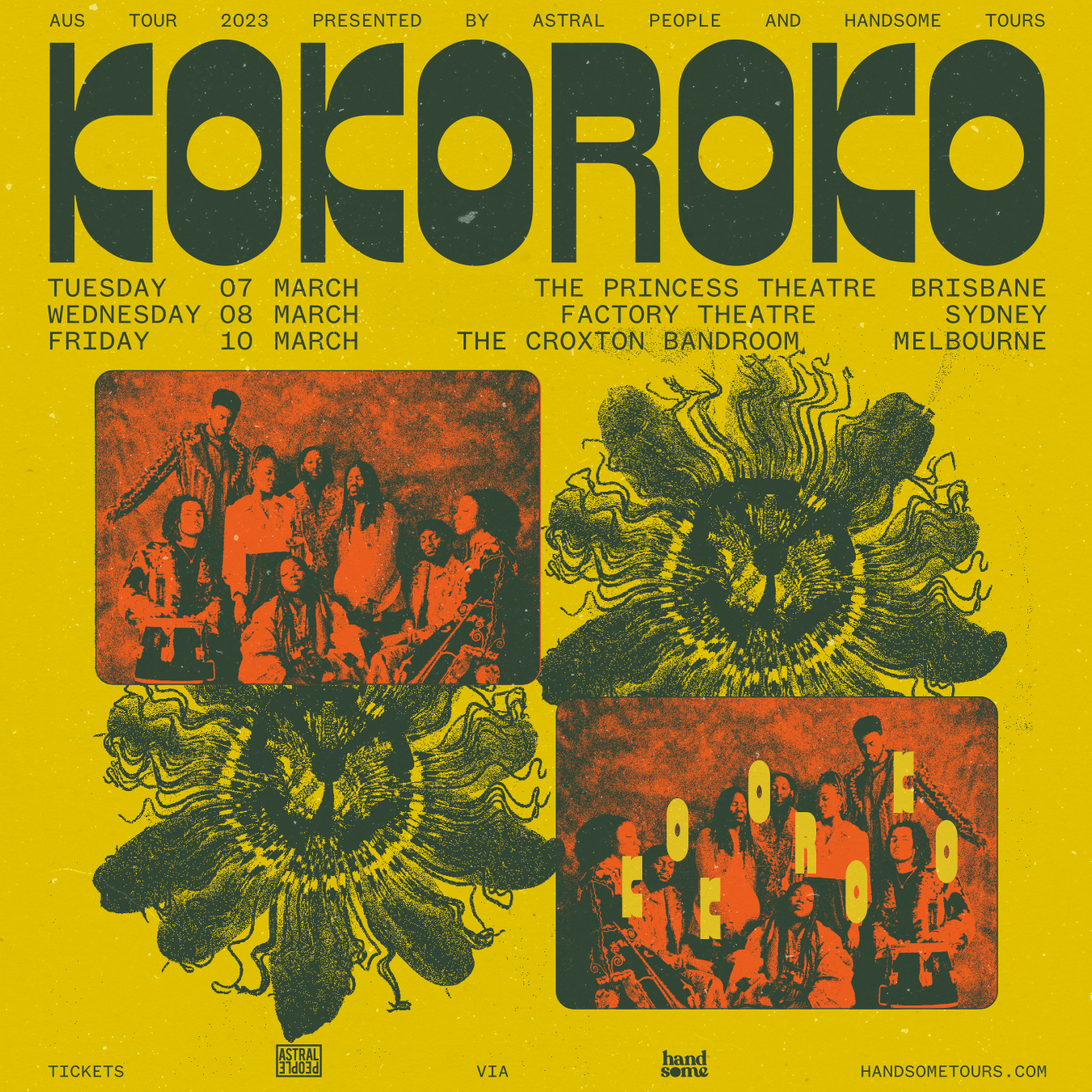 Astral People and Handsome Tours are thrilled to present… Kokoroko

‍Cohabiting at the apex of Neo Jazz and Afrobeats, in perfect soul-shaking harmony is Kokoroko. After bursting into the public view in 2018 with 'We Out Here', a project from Brownswood Recordings celebrating the brightest of London’s young jazz stars, the band became the crown jewel for the so-called 'UK jazz renaissance'. The 50+ million YouTube plays given to their languid, improvisatory, track ‘Abusey Junction’ didn’t hurt either. Earning them universal critical acclaim from BBC 6 Music, 1Xtra, Afropunk, Line Of Best Fit, The Guardian, The Clash, and NPR and more.

Released earlier this year to resounding acclaim was their debut album 'Could We Be More'. An expansive and ambitious album that speaks to the force of Kokoroko. Each song possesses the energy which so naturally underpins the heartbeat of Kokoroko’s identity - deftly moving through afrobeat, highlife, soul, and funk across the album’s 15 tracks and taking inspiration from a plethora of other influences from West Africa to London and the Caribbean - 'Could We Be More' gifts the listener feelings of homecoming and joy.

‍Kokoroko’s music was shaped by the rich musical traditions of Western Africa and all steeped in London’s cultural diversity. The band’s music is beautifully complex and powerfully commanding, the kind of music that forces you out of your seat to dance. The group’s name which means ‘be strong’ in Urhobo was a declaration of power from the start, of the uplifting, positive energy and the sharp artistic vision that makes up their sound.