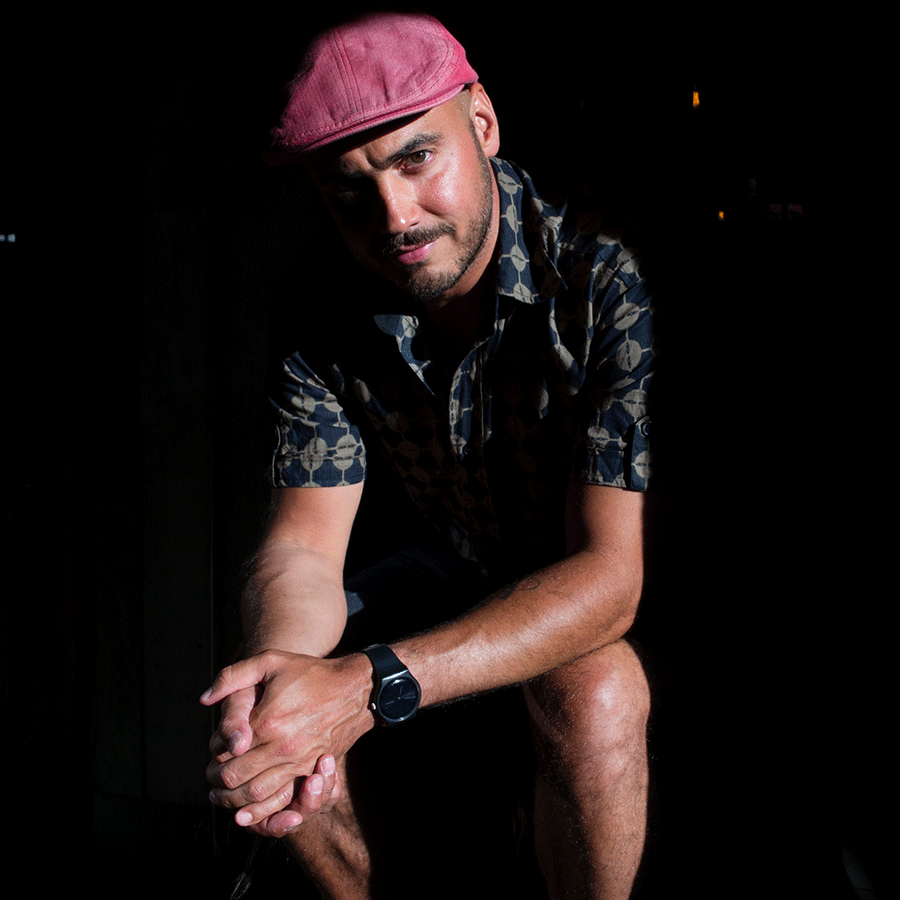 bottomless pit of musical knowledge first got the bug aged four and hasn’t been able to shake it since. DJing

followed in 1985 and now, decades later, he's regarded as an absolute authority on hip hop, funk, soul and

never-ending quests to find the perfect beat. This resulted in him linking with friend Amir to release their

acclaimed-On Track series in the mid 90’s. It exposed the original samples in hip hop and then, in 2005, the

to put out Kings of Diggin' and the highly regarded Off Track compilation series, both on BBE Records, and both

In the studio, too, Kon is known for for his magical edits, remixes and reworks of forgotten classics to the point

where Gilles Peterson named him “the edit and rework king” and features him prominently on his radio shows.

Still tirelessly digging into the annals of musical history, Kon’s constant research and unearthing have helped

shape the modern disco resurgence and have forced DJs to dig ever deeper.

2013 brought with it Kon's debut album on BBE, On My Way. It was a pitch perfect mix of house, soul, funk and

disco that drew on all his understanding of the past to offer up a timeless new sound. More releases have

followed on his own Kon & The Gang compilation, as well various 12" remixes for West End, Salsoul, T.K., and

Glitterbox/Defected all picking up support from the likes of DJ Harvey, Danny Krivit, Gerd Janson, Moodymann,

Next to an acclaimed Boiler Room session with France's leading disco ambassador Dimitri from Paris, Kon has

also remixed Sylvester's classic ‘Over and Over’ on his own Kontemporary label, which focuses on licensed,

multi track 12" remixes. He is forever searching out ever rarer and overlooked records, but also stays busy in the

studio and has been working on a full-length collaboration, The Hood, with long-time friend Ben Westbeech

Glitterbox/Defected and is the latest essential chapter in the story of this most vital and unstoppable musical force.