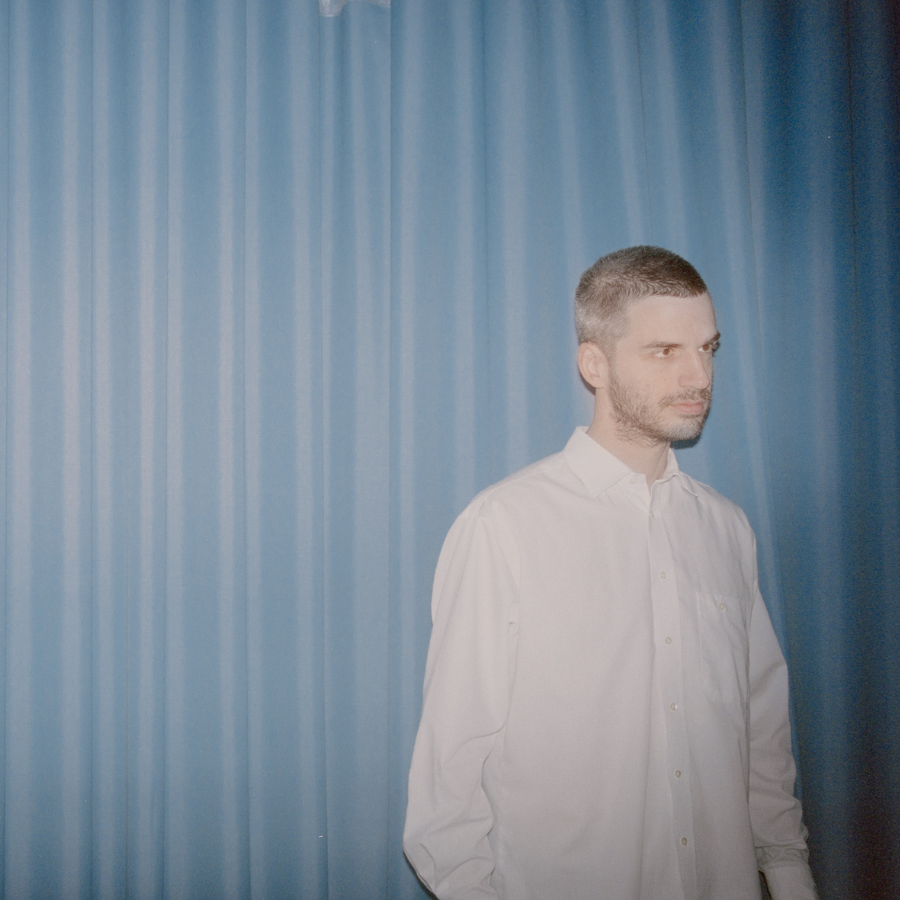 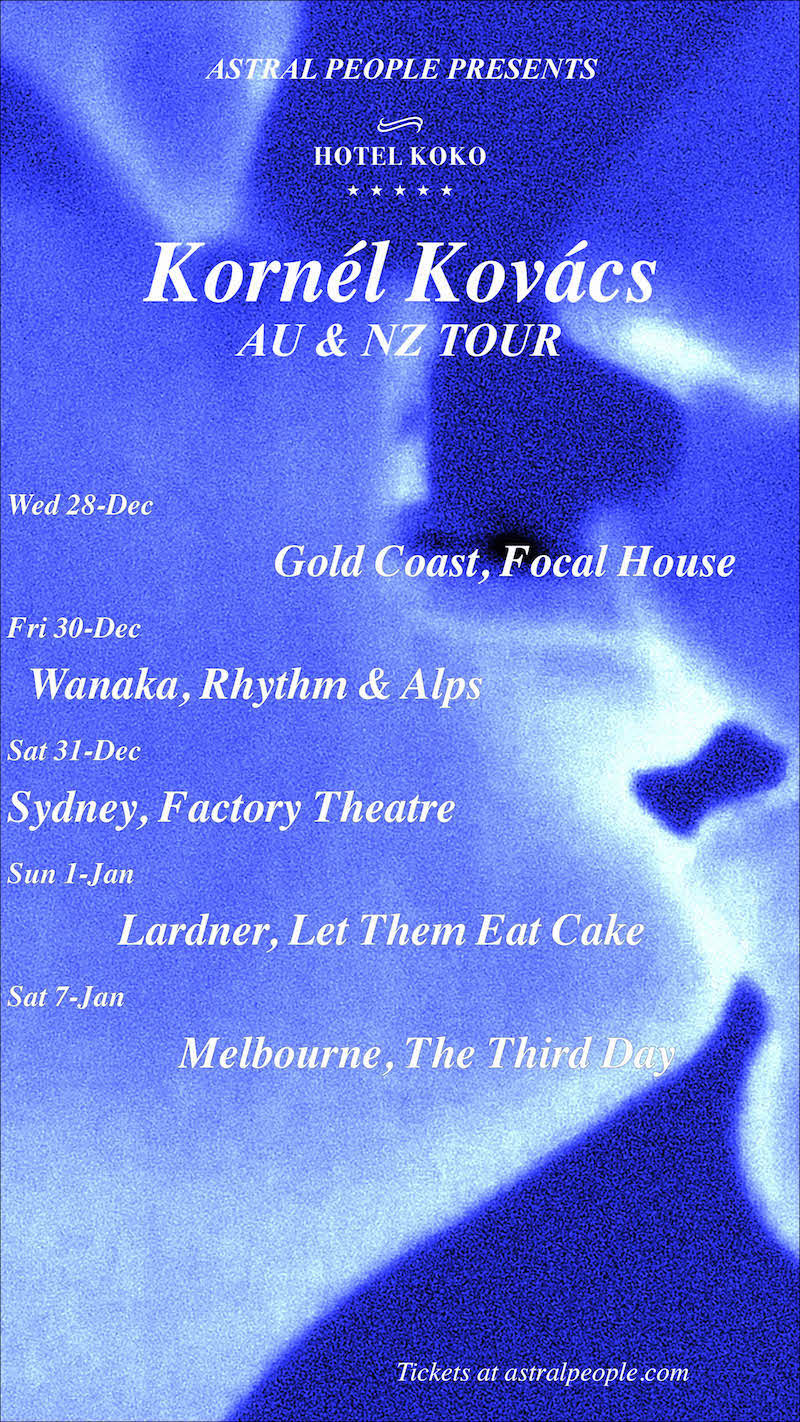 Born 1985 in Stockholm to Hungarian parents, Kornél Kovács' perambulations in music began early and have continued at pace ever since. Raised on that classic, enviable diet of “proper” music training plus parents with killer music taste, Kovács' daytime lessons were given texture at night as everything from Kraftwerk and Art Of Noise to King Tubby and Boogie Down Productions wafted through the house.

Applying the Stakhanovite work ethic of his heritage, Kovács started knocking on as many of Stockholm's musical doors as possible, teaboying in the city's record stores, stalking its DJs, working his way through the local library's selection of new records. Kovács, then a “nerdy kid who got to hang around the older cool kids cause they found me funny”, even managed to wangle a few DJ gigs on the back of an intense early teenage love of mid-90s drum'n'bass, turning him into “Stockholm's youngest former jungle DJ” by the age of 14.

After a few years in this exquisitely premature retirement, Kovács picked his headphones up again in the mid-00s, and exciting things followed. Kovács was already writing about music, for his own mp3 blog and various culture magazines - this was joined by a DJ residency at Stockholm's legendary Paradise night, as well as a weekly radio show on P3, Sweden's Radio 1 equivalent. An unsurprisingly important stint at Red Bull Music Academy in 2008 was followed by the formation of Studio Barnhus with his Stockholm acquaintances Axel Boman and Petter Nordkvist. At first a studio space, soon enough a DJ trio, and eventually a record label, Studio Barnhus has now charted 100 releases and counting – the initial Good Children Make Bad Grown Ups EP was Kovács' first appearance on vinyl.

The collective's successes have drawn reams of prestigious press coverage in the years since and worldwide DJ dates for its three members, as well as giving Kovács the artistic space that eventually fostered 2014's Szikra, the track Kovács admits was what made him realise he could “actually make music people enjoy”. Given all this, it would be wrong to describe 2015 hit Pantalón, on Glasgow's Numbers imprint, as any kind of “breakout” moment. Its irresistible, snapping drums and Spanish-language vocal did get people talking and dancing though, while an appearance on Hamburg's esteemed Smallville label in the same year saw him connect with another of Europe's electronic music powerhouses.

Kovács' debut album, The Bells, was released on Studio Barnhus in August 2016. Giving your debut LP the same name as the most influential techno track in history certainly takes balls. But after hearing how the album draws together Kovács' natural festive musicality and his long-standing love of club rhythmics, then factoring in the juggernaut trajectory that's taken him from tea-making record store jester to globally acclaimed producer and DJ, you can certainly forgive his confidence. Described by Thump as a ”dizzying, kaleidoscopic and rhythmically adventurous release” - The Bells featured at 2nd position in Mixmag’s top 50 albums list, no. 5 in DJ Mag’s, and was named one of top 20 electronic albums of 2016 by Pitchfork. He placed at number 15 in Mixmag's 2017 ranking of the world's best DJs, before the release of a new EP on London-based label Unknown To The Unknown in 2018 and releases on the label he runs alongside HNNY entitled PUSS.

In the spring of 2019, Kornél Kovács released his second album, Stockholm Marathon, on Studio Barnhus. Teaming up with pop duo Rebecca & Fiona across singles like ‘Purple Skies’ and ‘Marathon’, Kovács’ latest LP was a foray into a new music-sphere - focusing on a more complex pop sound alongside wistful, downtempo tracks that straddle home-listening, warm-up sets and all night afterparties. Described by Pitchfork as ‘the photographic negative of a peak-time banger’ and a ‘snapshot of one of house music’s sharpest minds’ - the album shone a light on Kovács’ production dexterity and his appreciation for a spectrum of genres. Drafting in D.Tiffany, Butch, Robert Dietz and Paradise Alley for a remix EP of ‘Stockholm Marathon’ - Kornél Kovács

has also gone on to contribute remixes to the likes of Moby, Studio Barnhus regular Bella Boo, HONNE and many more.

Kornél Kovács has now cemented his position as one of the most prominent producers and DJs around. In 2020 he’s played nearly every corner of the world, including his second Australia & Asia tour, a coast-to-coast tour of the US, and shows at prestigious clubs like Berlin’s Panorama Bar as well as festival main stages in the UK and all around Europe.