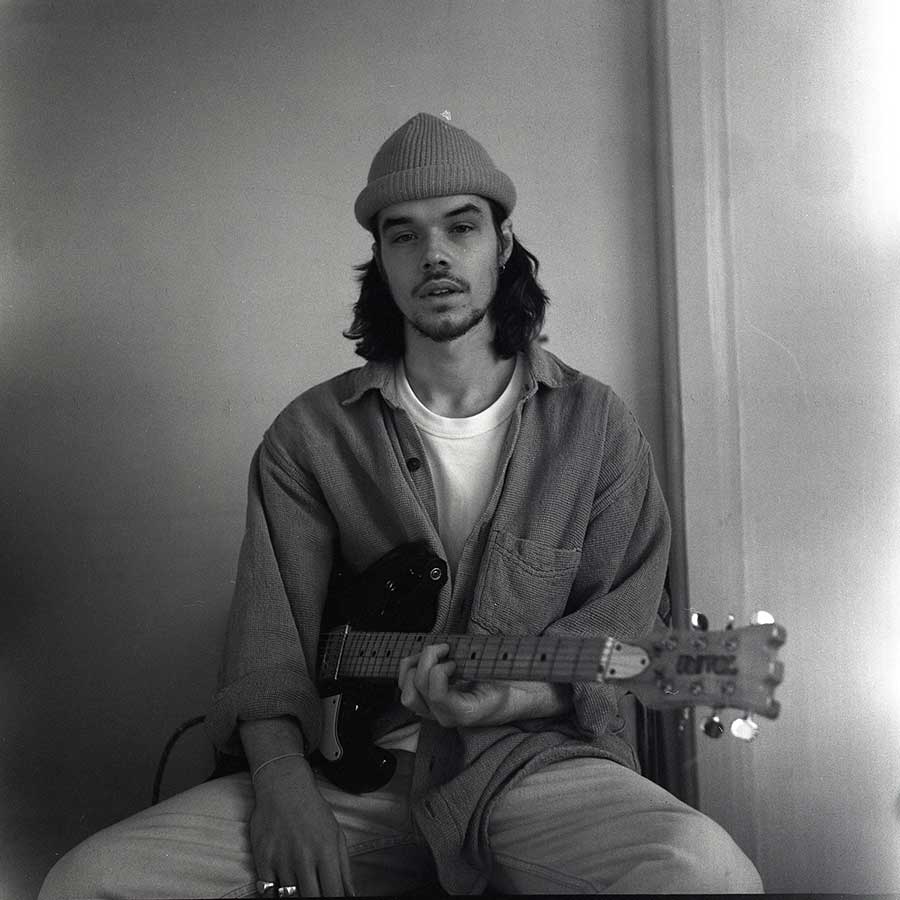 Fresh off the back of a run of UK dates supporting Kamasi Washington and an Annie Mac Presents show, as well as the release of his latest track 'Gravitate,' Jerome will gracing our shores with two exclusive shows at The Night Cat, Melbourne(28 Nov) supported by Zeitgeist Freedom Energy Exchange + Allysha Joy,The Landsdowne, Sydney(29 Nov) supported by Bin Juice + GLO, as well as appearing at Strawberry Fields Festival(30 Nov).

Despite training first in classical guitar and then jazz at London’s Trinity Laban music school, Oscar Jerome’s music isn’t your typical conservatoire jazz fare. Anchored by his nonchalant baritone and soul-inflected grooves, and lifted by his rhythmically intricate guitar riffs, his music offers a glimpse into the intersections between introspective singer-songwriting and improvisatory jazz. Jerome said “My guitar playing and understanding of harmony – that’s come through my love of jazz music. But I think I gravitated to certain people who were also equally into other types of music like hip-hop or soul, reggae and dance music.”

Now, following the release of his acclaimed 2019 single 'Gravitate', Oscar is gearing up to release his first live album 'Live In Amsterdam'. Recorded straight
from the desk at a sold-out show at Amsterdam’s Bitterzoet in February this year, the ‘Live In Amsterdam’
LP is due for release on September 25th 2019 via Caroline International. In support of the record, comes a remixed version of Jerome's aforementioned single 'Gravitate' by upcoming UK Jazz Hop producer Hemai, and one of two single releases off of the forthcoming LP 'Misty Head/Sunny Street'.

Get prepared to be dazzled by mysticism of Oscar Jerome's sounds by pre-ordering and pre-saving the forthcoming Live Album HERE.

Jerome is sure to put on an impressive showcase for his performances down under. Don't miss your chance to witness Oscar Jerome live for the very first time this November.