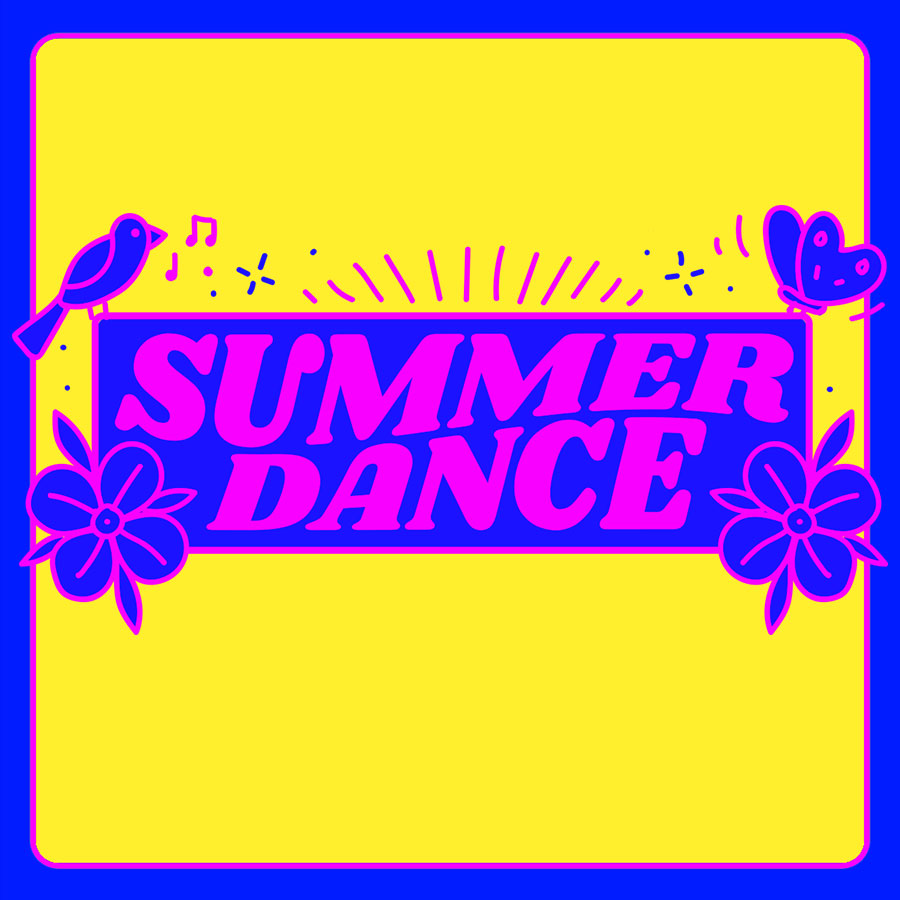 After three sold out events over the past few months, Astral People are gearing up to close out their most successful series to date, announcing their final line-up for the outdoor party staple, Summer Dance. Taking up residence at Sydney’s National Art School on Sunday, March 24, the final instalment has yet again pulled a stellar line-up of artists, welcoming Ireland-via-Berlin legends Brame & Hamo, disco selector Frank Booker& movement connoisseur, Lex Deluxe to soundtrack your Sunday session.

Hailing originally from Sligo in Ireland and now based in Berlin, Summer Dance welcomes Brame & Hamo to take us home for the final session of the series. Premiered by Mixmag, their debut EP Trantsdelved deep into the world of jacking Chicago rhythm, retro-futurist haze and early bleep techno, gaining acclaim on dance floors worldwide thanks to international tastemakers Eats Everything, Sasha, Kornel Kovacs, Leftfield, and Jeremy Underground. Their broad and instinctive understanding of electronic music can be heard in their hugely popular Club Orange EP & mixes across AVA Festival Boiler Room ,Worldwide FM Feel My Bicep and Rinse FM appearance. The cult followed duo will bring their arsenal of dance ready tracks to the grounds of National Art School for a party to remember.

Hopping the pond to join Brame & Hamo for one last dance into the sunset is none other than NZ dance guru, DJ & producer Frank Booker. Emerging from the shadows at the beginning of 2009, he was signed to boutique London record label Untracked Recordings where he released his Brothers EP, followed by the Paper Cuts EP. Not only a DJ, Booker was also the co-host of George FM’s highly acclaimed "Hit It & Quit It" radio show alongside the legendary Recloose, featuring many guests including the likes of J Rocc, Jazzy Jay&Nathan Haines. Over the past decade he has played alongside some of the biggest names in the game, rubbing shoulders with the likes of Moodymann, Francois K, Max Graef & more. With a deep knowledge and refined taste for music spanning from deep disco, to 80's boogie and quality modern house, Booker is sure to deliver a set with a focus firmly on the dance floor legends of Summer Dance #4.

Rounding out the line-up is the genre defying, party starter Lex Deluxe. Drawing inspiration from artists far and wide, Lex seamlessly travels from genre to genre without breaking the groove, fuelling her set with everything from Optimo to Todd Terje, Letta Mbulu and Peggy Gou. Having been in the game for a little over two years, the Sydney DJ has well and truly carved her name into the dance music scene, having found herself on a number of Australian festival staples, including Splendour In The Grass, This That and Groovin’ The Moo, and securing support for Confidence Man, The Presets, Total Giovanni, DJ Seinfeld and CC:DISCO!. With a backlog of tracks filled with 4-to-the-floor beats and wacky, rare samples, Lex shows there is no sign of her slowing down for 2019, with Summer Dance thrilled to be welcoming the local legend for one last boogie.

Closing out its fifth year and with three sold out shows this series, Summer Dance continues its reign as Sydney’s go to day to night summer dance party. Past headliners have included the likes of Moodyman, Gilles Peterson, Omar S, Honey Dijon, DJ EZ& Australia’s own Touch Sensitive. A staple for dance music lovers Sydney wide, the final edition is not one to sleep on, drawing out the last of summer and the warmer months with one final party to remember.