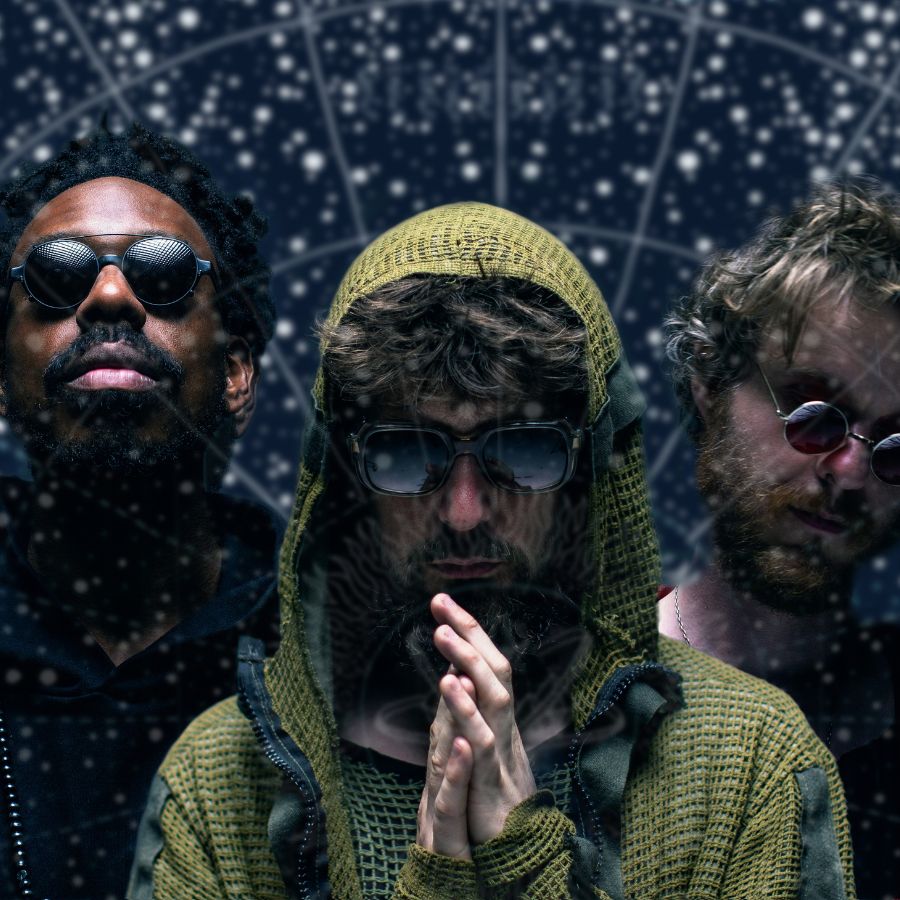 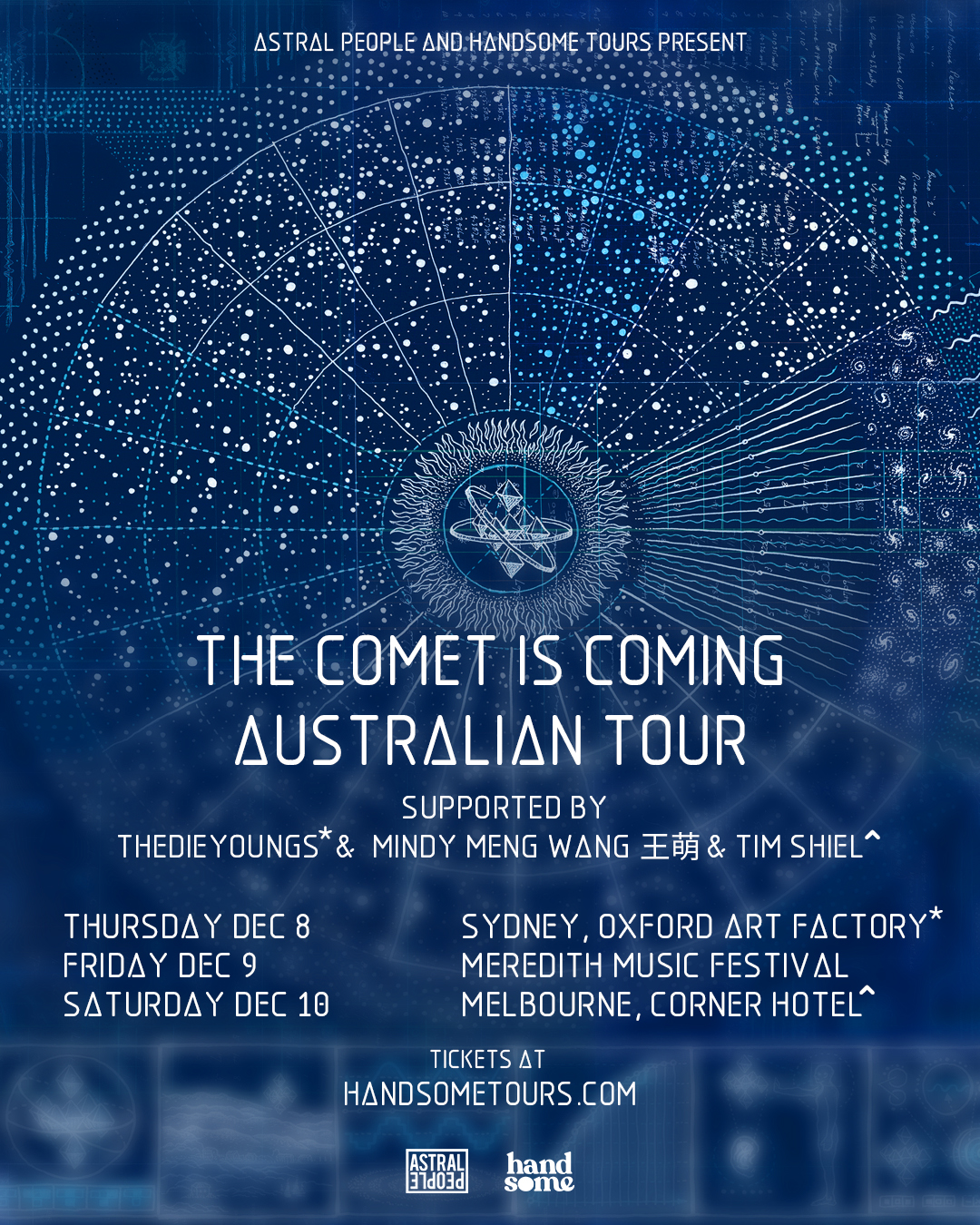 Astral People and Handsome Tours present The Comet Is Coming.

The London-based cosmic rave trio will be bringing their mind bending soundscapes to Sydney and Melbourne for two special headline shows alongside their appearance at Meredith Festival in Victoria.

Touted as a pioneers of psychedelic-cosmic-jazz, the band have gone from strength to strength since their debut Channel The Spirits which was nominated for the Mercury Prize in 2016.

Their second full-length album, Trust in the Lifeforce of the Deep Mystery, saw them delicately weave between bleak and radiant tones to create a body of work released to resounding global acclaim.

On their latest masterpiece, Hyper-Dimensional Expansion Beam, The Comet is Coming are set to take us to new worlds and sonic vistas. Their most fully realised and deeply produced album yet, it is an expression of unity and magic that amplifies the combined powers of Danalogue, Betamax and Shabaka to incredible new heights. Together they open a portal to new universes and other dimensions.

Their first single off the album “CODE” is an intergalactic head-banger that explores hidden meaning and codes in humans (DNA) and technology.

It's in a live setting that the full mysticism of the band is truly revealed. Danalogue’s astrogalatic synth magic and Betamax’s mesmeric drums seamlessly interweave between the high energy emitting from Shabaka's sax to send explosive shockwaves through audiences. Undeniably one of the greatest live acts in their lane, this show is not one to be missed.

So, brace yourself. The Comet is Coming.